I should definitely vacation in Washington because there are so many fun and awesome things to do.  I’ve seen a lot of them already! I’ll show you all the great places you can visit, that I’ve been to and I loved! In the same state you can be at the ocean, in a rainforest, hiking mountains, skiing, and on an island.

The first place you should visit in Washington is the natural wonder of Snoqualmie Falls. I’ve been there five times, and it’s special to my family because its where my parents met. We would always take family that came to visit us to see it, because it’s so huge and pretty. 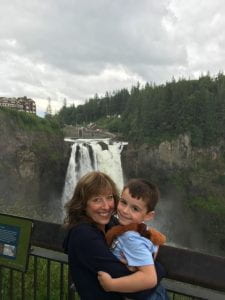 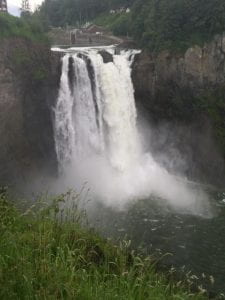 The second place you should visit is the man made wonder of the Chihuly Museum. Chihuly is a famous artist in Seattle who blows glass. I went to his museum and saw all of the art. The artist Chihuly wears an eye patch and is blind in one eye, but still blows his glass art. 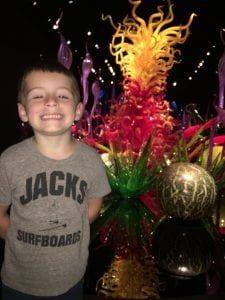 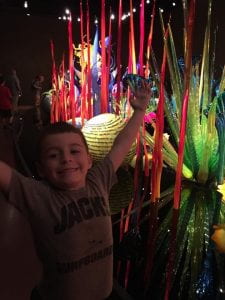 Another man made wonder is the Skagit Valley Tulip festival. Its the 2nd largest tulip festival in the entire world. My mom took me there every year since I was born until we moved to NH. There is over 300 acres of tulips there. 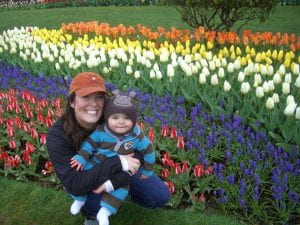 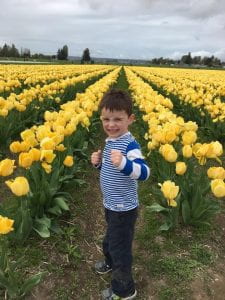 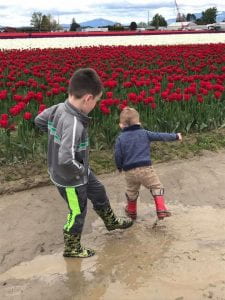 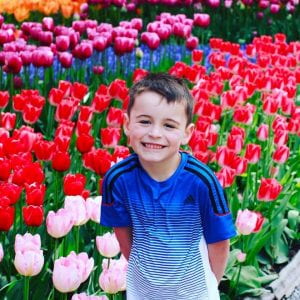 The third place you have to visit is the Space Needle in Seattle. I’ve been to the Space Needle a lot, and it’s so tall. It’s 605 feet tall. When you ride to the top in the elevator you can see outside the whole time, and it only takes 43 seconds to get to the top. Once you’re at the top there’s a restaurant that slowly spins so you’re constantly moving. 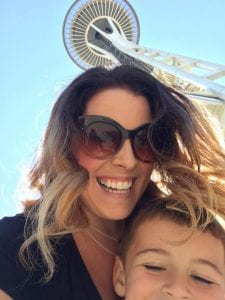 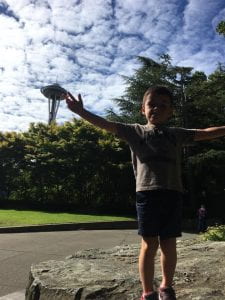 The hero of Washington I would say is Bill Gates. He’s the richest man in the world, and does a lot of good things with his money. Bill Gates said he will donate 95% of all of his money in his life. That sounds like a hero to me. He donates a lot to hospitals and schools.

I think a good symbol for Washington is the Evergreen tree. They are everywhere there and they are so tall. There are 25 different kinds of Evergreen trees that grow in Washington.

Here are maps showing the Pacific Northwest where Washington is. There’s also a map showing the capitol which is Seattle. You should definitely visit Washington for a vacation because it is so nice there. You should visit all of the places I said because I like them a lot and it’s the best place in the world. 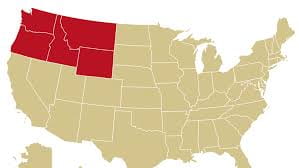 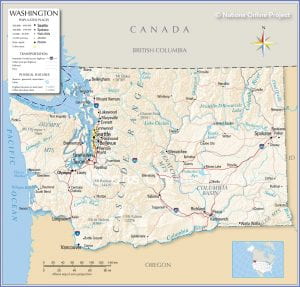 I would rather choose turning two years younger, instead of five years older because I would have no homework. Two years ago I was in first grade, and I didn’t have any homework. All I had to was practice sight words. It was so much easier.

I also would rather be two years younger because younger kids get more attention and have less responsibilities. The schoolwork in first grade was so much easier than it is now.  And now I have chores I have to do around the house too. I didn’t have to do that when I was younger.

If I was five years older I would be almost 14 and in eighth grade. There would be so much homework then, and lots of teachers. I would be getting ready for high school, which sounds pretty hard.

I would rather go to a water park because I don’t ski. I like warm weather over cold weather. At a water park there are a lot of slides. Water parks are always sunny and warm, and when I’ve tried snowboarding its freezing and not as fun. It’s so hard to snowboard or ski, and takes a lot of practice.

Water parks can be really fun because they have some really steep slides. Its so fun to go to a waterpark with friends because it’s easy to stay together all day. When you go snowboarding with friends you aren’t really together while you’re snowboarding.

I’ve been to Splash Town with summer camp before. We went down a super steep slide and it was so fast. Water parks are so big though that you can get kind of lost. We missed ice cream that day because we were trying to find our way back to the group.

Jeffrey lives in North Hampton, NH on Hobbs Road. North Hampton is a quiet, safe, and beach town. Jeffrey doesn’t know his neighbors very well, but everyone seems pretty nice. Jeffrey works at Bob’s Burgers, in Portsmouth, NH not too far away from his house. He works with Bob, and a few other employees who are all pretty nice. Bob even lets him leave early some nights when the burger place is slow.

It was 10:30 pm on a Wednesday night when Jeffrey left his job at Bobs Burgers. Bob let him out early to go home. Jeffrey brought home a burger from work. When he got home he ate so much that he went straight to bed and fell asleep. At 11:15pm Jeffrey woke up to a loud noise. He went over to his window and saw nothing so he climbed back in bed. At 11:35 pm he woke up to another loud sound, and went to the window to see a trash truck driving bye. Jeffrey climbed back into bed and quickly heard another loud sound that made him jump up. It was just a dump truck passing by because his road was getting fixed. Twelve minutes later he heard a loud noise again, this time there was nothing outside of the window. Jeffrey decided after hearing four loud bangs to go downstairs.

Jeffrey’s dog was in the kitchen snoring. He checked out the kitchen and didn’t notice much, except how badly he wanted to eat one of those cupcakes on the counter. He heard the noise again in the basement and wondered if it was his cat. He headed towards the basement and all of a sudden he saw a man running out of his front door from the upstairs. Jeffrey’s dog woke up from all of the noise and chased the man outside, but he was  too slow. All Jeffrey found was a cell phone on the ground and footprints in the mud.

When Jeffrey heard the bangs, and came downstairs to see someone running out of his house, he had no idea who it could be. Jeffrey’s dog did run after the person, and can talk to humans, so hopefully he knows more.

Jeffrey’s dog did see the man’s face quickly. He ran up to Jeffrey and talked to him. He told him what the man’s face looked like. He described the man with short hair, a mustache, and Jeffrey thought it was Bob but wasn’t sure so he asked the dog if his other pets could talk and surprisingly they could talk to. They also saw the Bob’s Burgers key card so the next day Jeffrey asked Bob if he was at his house last night. He said no, but he was obviously lying to Jeffery. Bob told Jeffery that he was home all night.

Jeffrey worked his shift that day, wondering why Bob would lie to him about being in his house. He also didn’t know why Bob would steal his cell phone. At the end of his shift he decided to confront Bob one last time. Bob was sitting in his office when Jeffrey walked in and saw Bob on his missing cell phone. Jeffrey caught him red handed with what he had stolen. Jeffrey asked Bob why he lied and why he stole the cell phone. All Bob had to say for himself was that he really wanted it, and did not have enough money to get one like his.

Bob handed over Jeffrey’s stolen cellphone. Bob learned his lesson because he got put into jail for 7 years for breaking into Jeffreys house.

The location of an object.

When you push and pull something.

3. What are pushes and pulls?

When something goes back and forth or spins around.

It is a force to make it slow.

My brother, Finn goes on the trampoline with me. Sometimes my baby brother Dekker does too. I use my trampoline every day that its nice weather. I like to watch videos on how to learn new tricks to do.

The most perfect place in the world is my house because I live here. I also eat here, play here, and have my family here. I get to play video games in my playroom, and jump on the trampoline in my yard. I have my birthday parties here in the summer, and we always invite all of my friend and get a bounce house or water slide.

I love my house because we have a big yard and can throw a football. There’s room for my trampoline, a swing set and climber, and water slide. We are hopefully going to have a pool next Spring, and are getting a hot tub in a few weeks. My driveway has a basketball hoop and we play out there a lot too.

I get to have my own bedroom in my house. It’s connected to my brother Finn’s with big sliding barn doors, and we share a bathroom together. I like that my brothers room is connected to mine because after we get put to bed we talk together and share a bed sometimes.

In this picture I see a boat that looks like the Titanic coming down a canal. There are also buildings, and one that’s about to fall over. There’s a bridge over the canal. I’m going to call this boat Titanic. 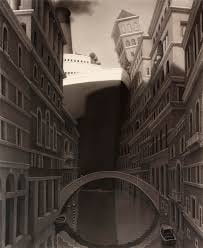